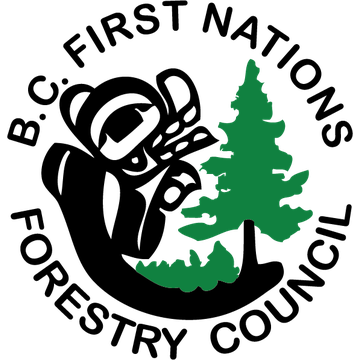 February 16, 2021 (Vancouver, BC) – The Forest Stewardship Council of Canada (FSC) has announced their full support of the BC First Nations Forest Strategy (the ‘Forest Strategy’).

“We applaud FSC for leading by example as the first forest certification system in British Columbia to align themselves with a Forest Strategy informed directly by Nations for over a decade,” tells Chief Bill Williams, President and Chair of the Board for the BC First Nations Forestry Council (the ‘Forestry Council’).

Released in May 2019, the Forest Strategy was developed in collaboration with the BC Ministry of Forests, Lands, Natural Resource Operations & Rural Development (MFLNRORD) to advance reconciliation and support the implementation of the UN Declaration on the Rights of Indigenous Peoples (UNDRIP). It was fully endorsed by BC First Nations through resolutions passed by the Union of BC Indian Chiefs, the First Nations Summit, and the BC Assembly of First Nations in 2019.

“FSC Canada looks forward to accompanying the BC First Nations Forestry Council in the successful implementation of the Forest Strategy, along with an effective commitment from the Government of British Columbia to uphold UNDRIP,” says David Flood, Chair of the Board for FSC.

François Dufresne, President and CEO of FSC Canada adds: “The coming into effect of the new FSC standard in 2020 in Canada strengthens the value proposition for First Nations to lead governance and stewardship. FSC is an international certification scheme focused on achieving sustainable forests for all forever.” 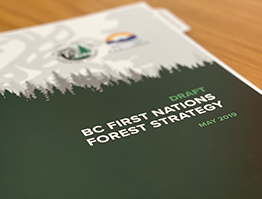 The Forest Strategy outlines six strategic goals and provides a framework to implement UNDRIP and modernize government-to-government relationships through a collaborative approach to forest governance, stewardship, and joint decision-making.

“Reconciliation is hard work, and it takes all of us” tells Charlene Higgins, CEO of the Forestry Council. “This includes the need for the BC Government to live up to their commitment to the Nations, put words into action, and fully endorse the Forest Strategy.”

“We look forward to continuing our work with the Nations, the new BC Government, and partners like FSC to increase the role BC First Nations should play in the governance and stewardship of forest lands and resources on their territories.”